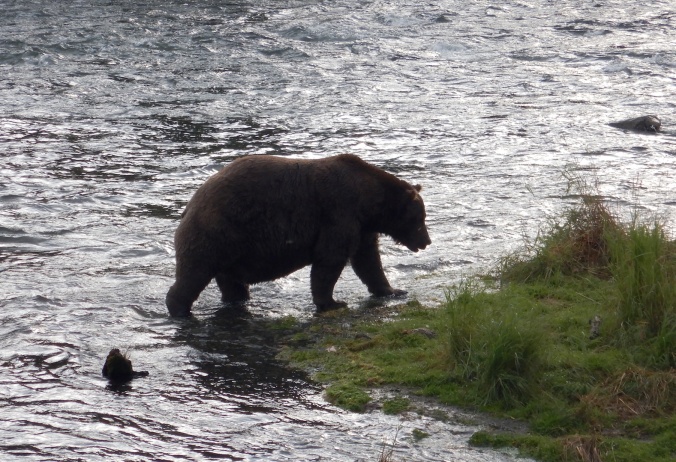 747 displays his massive silhouette near Brooks Falls on September 6, 2017.

747 is a mature adult male in the prime of his life. He has gained at least as much and probably more weight than all others. In my opinion, 747 is the biggest and fattest at Brook River.

…with his fatness in early September. 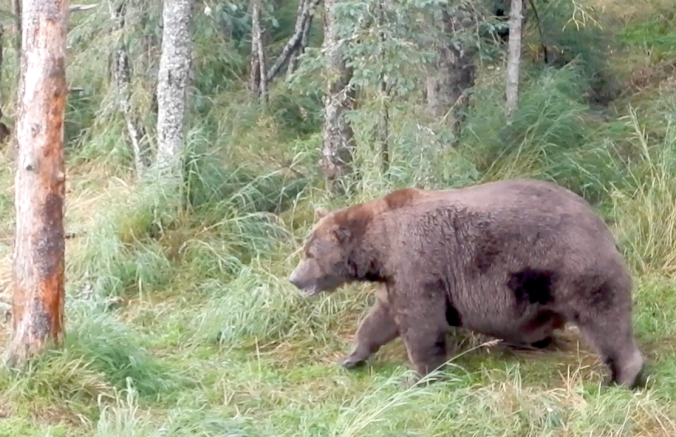 747 is so fat, his belly almost touches the ground.

Since then, 747 has gained even more weight.

747 faces some tough competitors in this year’s tournament, but don’t fall for any other fat bear propaganda from the fake news mainstream leftwing socialist progressive liberal media. 747 is larger and fatter than any other bear at Brooks River. He’s huge, tremendous, and will win “bigly.” 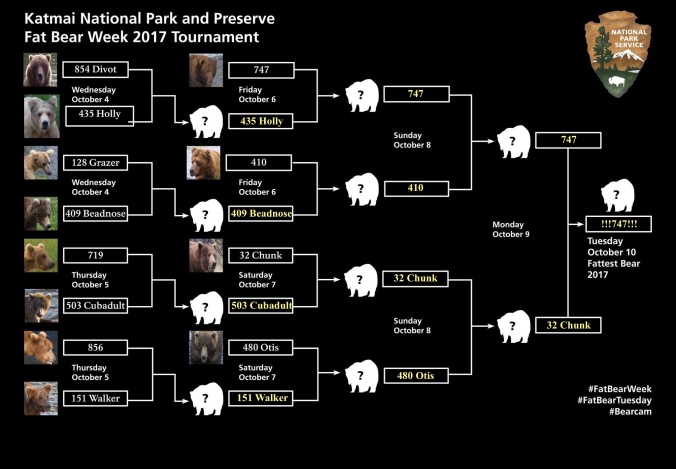 This is my 2017 #FatBearWeek bracket. I look forward to seeing your bracket and campaign posters in the bearcam chat on explore.org.