Last October I wrote, “There are small and fat bears, old and fat bears, young and fat bears, and just plain fat bears. But none, NONE I say, are as fat as 747.” A year later, 747 continues to demonstrate his survival skills and success at Brooks River. He’s big enough and fat enough to once again earn my official endorsement for Fat Bear Week 2018. 747 is titanic, a giant among bears.

Bear 747 is an adult male in the prime of his life. First identified as a subadult bear in 2004, he’s matured into the largest bear I’ve ever seen. 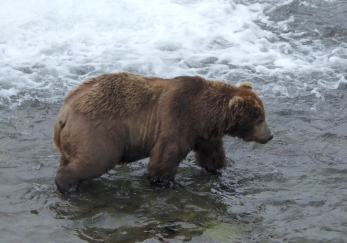 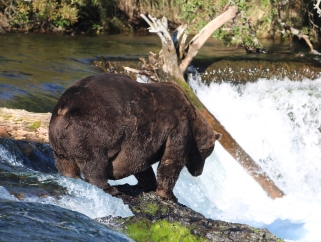 But don’t just take my word for it. Bear 747 is endorsed by several of his competitors at Brooks River. 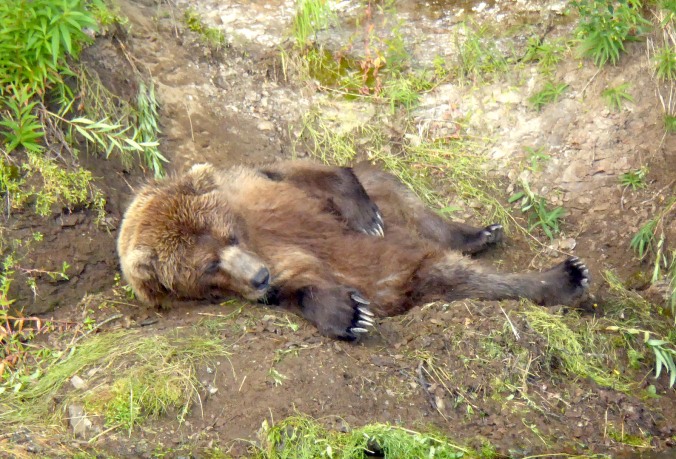 “Look, we’re all fat right now, but no one is as fat as 747. Seriously, his belly nearly drags on the ground. Even I never achieved that level of pudge. “ Bear 410 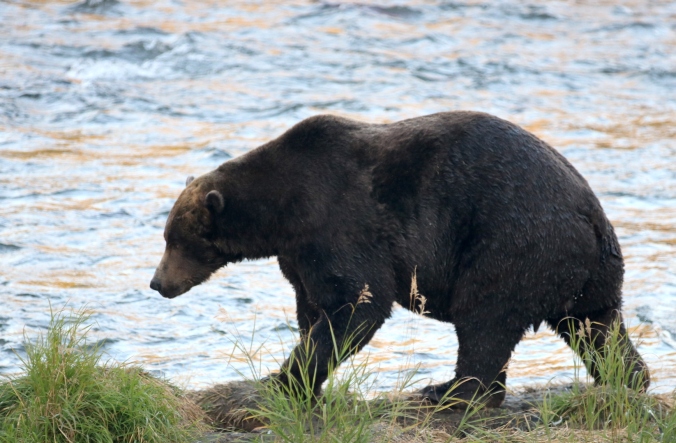 “I keep my distance from him because I’m concerned he’ll roll on top of me.” Bear 68 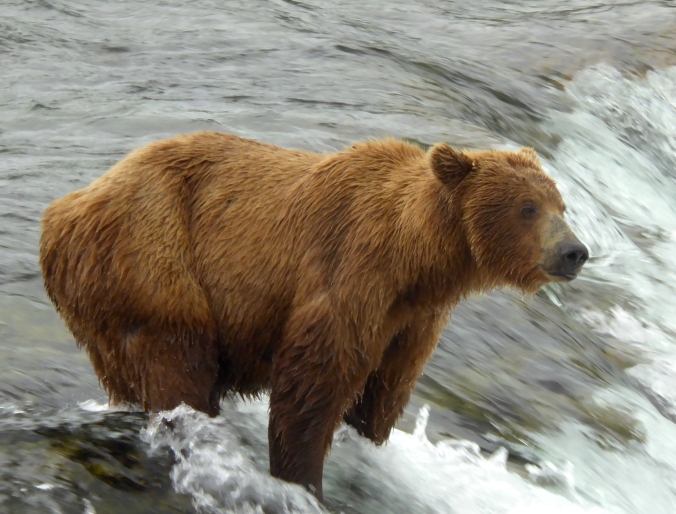 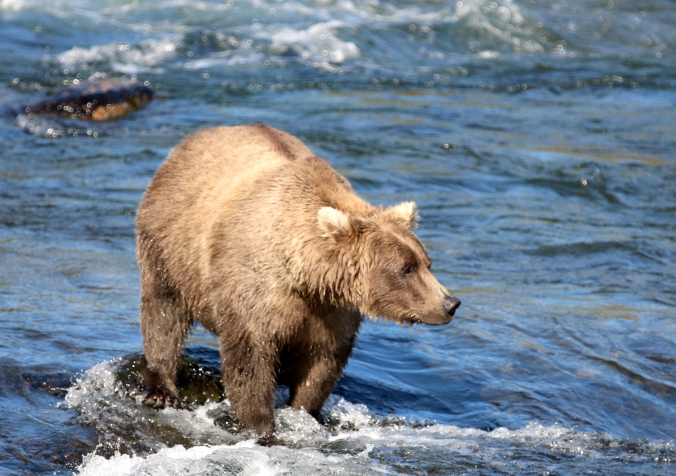 “Even though I’m in the Fat Bear Week bracket, I still might vote for 747. It’s the logical vote. He probably weighs at least three times as much as me.” Bear 719 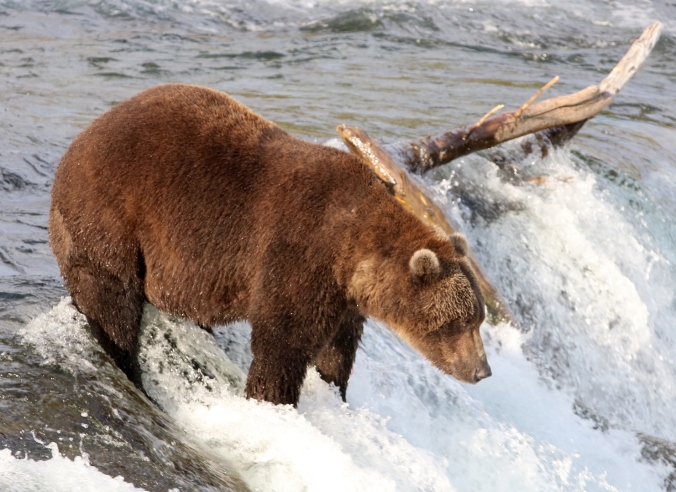 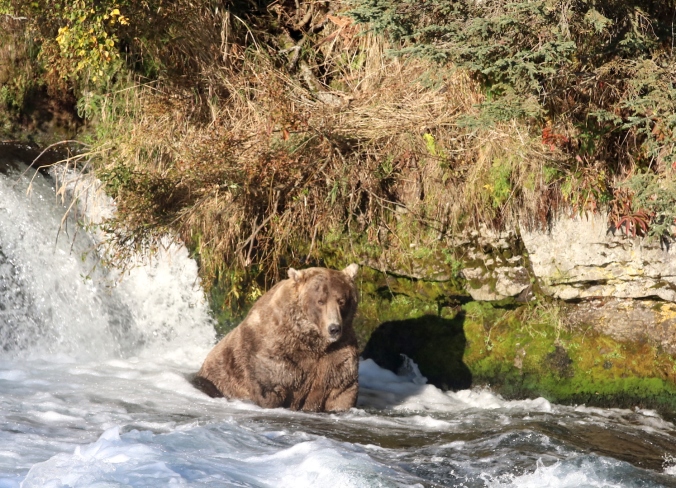 Many people who have observed 747 closely also agree with the endorsement. 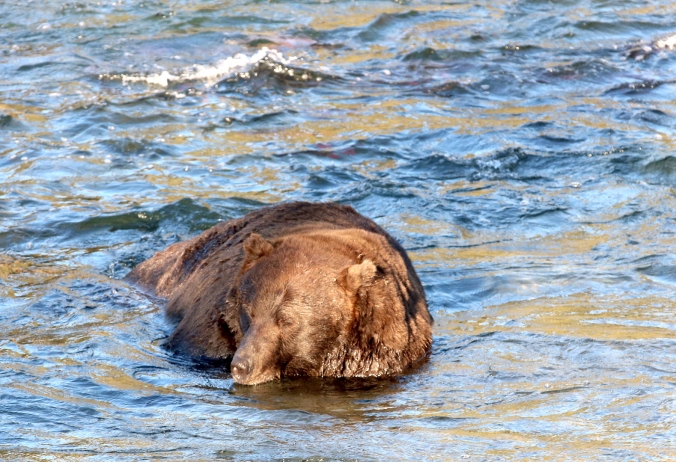 “He’s all business—fishing and eating. Nobody gets fat like 747.” Jeanne R., former Katmai National Park ranger.

Other bears might be more charismatic or tug on your heartstrings, but 747 truly is a giant among Brooks River bears. He deserves your vote for Fat Bear Week 2018. 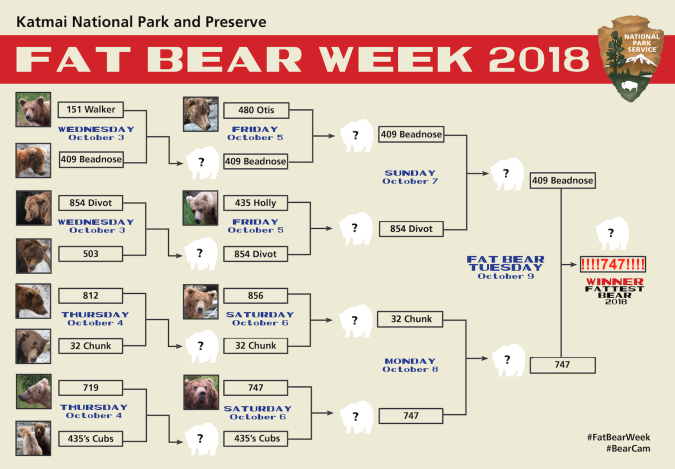 You are encouraged to vote for Brooks River’s fattest bear on Katmai National Park and Preserve’s Facebook page. Starting on Oct. 3, park rangers will post head-to-head matchups between well-known bearcam bears. The bear whose photo receives the most likes will advance to the next round, until one bear is crowned fattest bear on Fat Bear Tuesday, October 9th. Don’t forget to watch Katmai’s fattest bears on bearcam.