It’s not uncommon to see bears with open wounds and distinctive scars, like bear 83 who seems to repeatedly get injured.

Wounds and the subsequent scars are useful when identifying Brooks River’s bears, since each bear carries a unique suite of them. 83 now sports a large scar on his rump.

Sometimes though, we see bears with scars or injuries that may be more than superficial, perhaps impacting the sense they rely on most.

On September 13, 2017, a bear with a large, distinctive scar on his left shoulder was photographed at Brooks River. 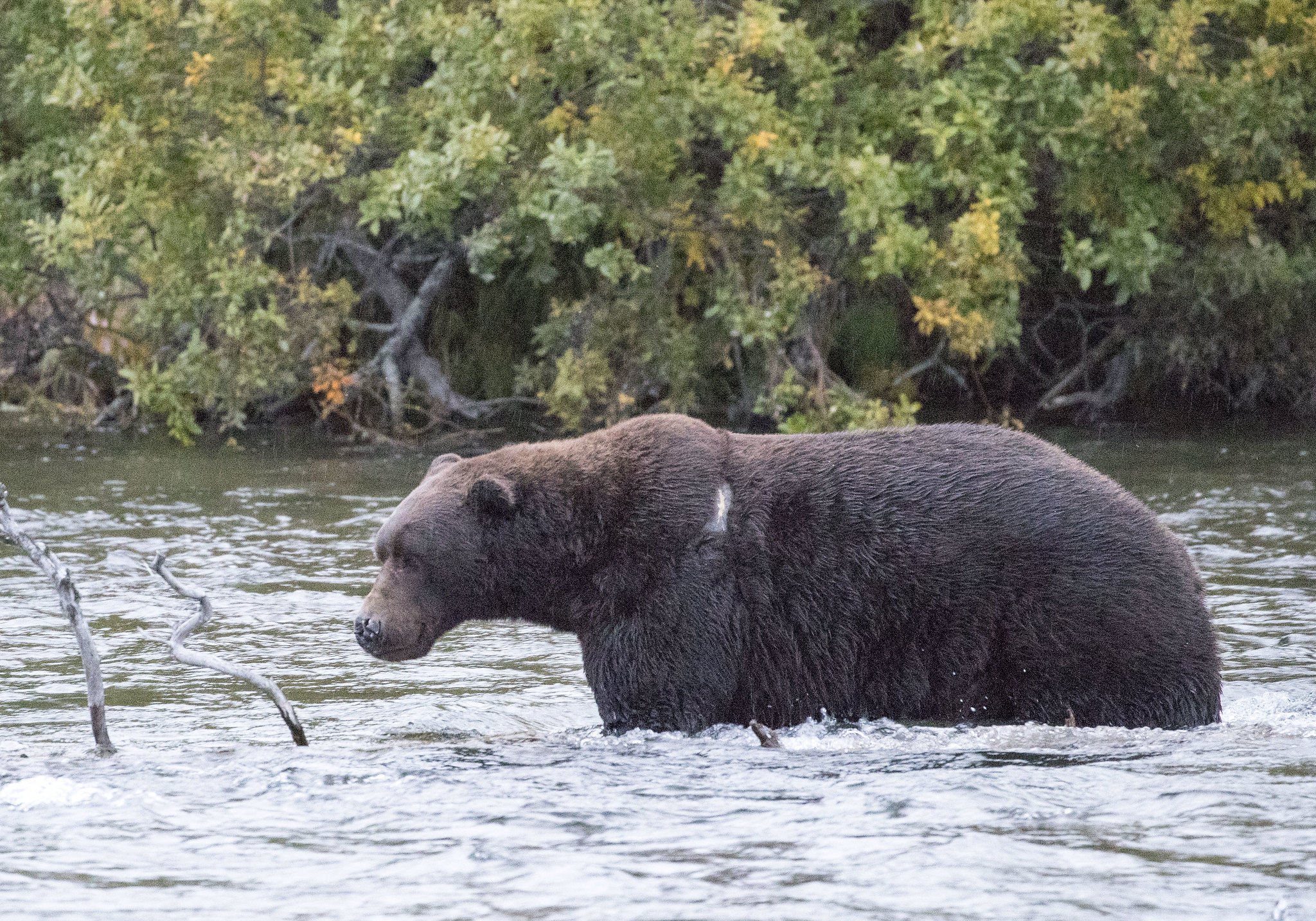 Most distinctively, his nose is split. 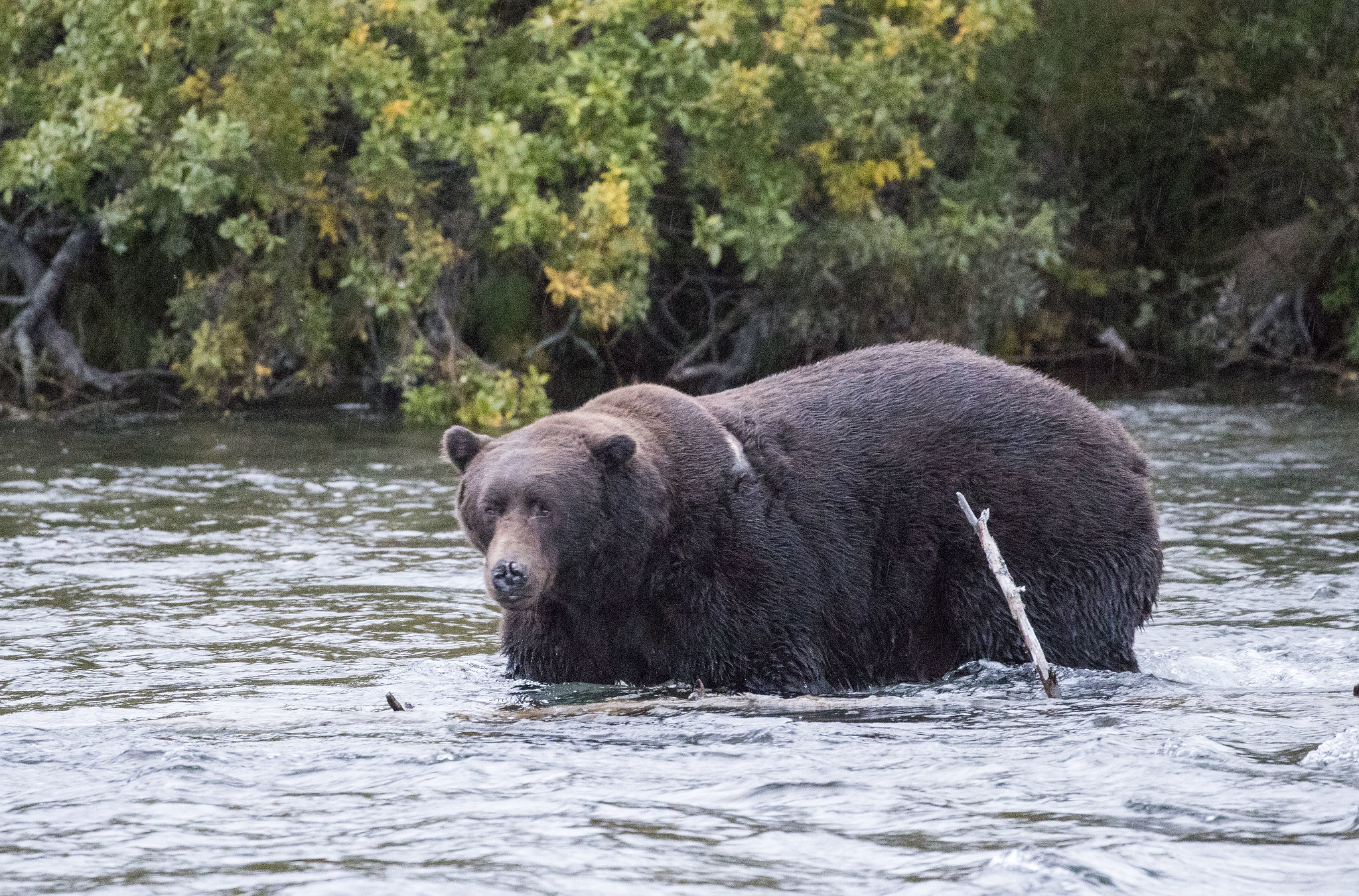 This appears to be an old injury and when I saw these photos I wondered have we seen this bear before?

In 2010 and 2011, a subadult bear with a torn nostril was seen at Brooks River. Bear 253 was a young subadult at the time, but Katmai’s bear monitor was not able to determine its sex. Its nose was most likely injured in 2010 as photos from 2011 show some healing.

Would injuries like these impair these bears’ sense of smell? Perhaps, especially if it reduced the surface area inside the nose where scent can be detected.

Bears have a legendary sense of smell. The inside of their nose is filled with many turbinals, a complex scaffold of paper-thin bones. Humans have turbinal bones too, just far less than ursids. In black bears, for example, these bones greatly increase the surface area inside the nasal cavity, providing 100 times more nasal mucosa, or mucous membranes, than humans. More tangibly, if the area of muscous membranes inside the human nose equals the area of your typical postage stamp, then the area covered by mucous membranes inside the black bear nose covers an 8.5 x 11” sheet of office paper. On the surface of the membranes are millions and millions of scent detecting cells. In short, bears live in a world of odors we can scarcely imagine.

Like human eyesight, hearing, and smell, the strength of these senses likely varies in bears. Some bears may have worse eyesight than others (although it’s a myth that bears have poor eyesight; they don’t). Others may have worse hearing. In the case of bears with injured noses, they may not be able to smell as well as their cohorts. (It’s important to note that in the case of 253 and the adult male seen this past September, the injury to their nose may not be deep enough to affect the turbinals.)

If bears are anything though, they are tough survivalists. A nose injury could impose a severe disability on them, but that won’t stop them from doing whatever they need to do to survive.