Throughout much of temperate North America, late spring and early summer is a wonderful time to enjoy wildflowers. I like looking at plants for many reasons, but recently I’ve begun to think more carefully about their smell. I’ve been sniffing plenty of flowers lately, and not all are pleasant.

Most flowers that we notice need a pollinator, but pollinators aren’t volunteering their services. They seek a reward for the effort to help the plant complete its reproductive cycle. Most of the time, the reward comes in the form of pollen or nectar or both (although there are some amazing examples of plants deceiving their pollinators). Other than visual cues, scent is one noticeable way flowers advertise their wares. Ever smell a wild rose, for example? They are sweetly fragrant, even from a few meters away, and are popular with bees and butterflies, who seek out their pollen and nectar and pollinate the plant in the process. 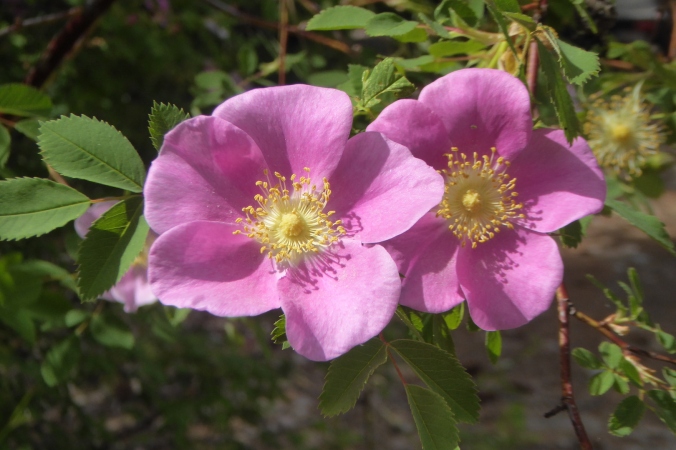 I’ve sampled the perfumes of many plants recently, giving me a tangible way to understand their different reproductive strategies. The scent of flowers, not surprisingly, ranges from non-existent to downright stinky.

Lupine, another plant popular with butterflies and bumblebees, is very odorous, smelling sweetly florid and very noticeable while walking through a meadow. The same goes for snowbrush ceanothus (Ceanothus velutinus), whose flowers attract a wide variety of insects.

Hawthorns (Crataegus sp.) and black cherry (Prunus serotina) are faintly malodorous, at least to my nose. Consequently, they attract a different suite of pollinators than roses even though they are in the same family (Rosaceae). Bees visit these plants but so do lots of flies.

To increase the skink level another notch, take a whiff of mountain-ash (Sorbus sp.) or yarrow (Achillea millifolium). Mountain-ash and yarrow are in different plant families, Roseaceae and Asteraceae respectively, but they share one trait: their flowers smell like shit. 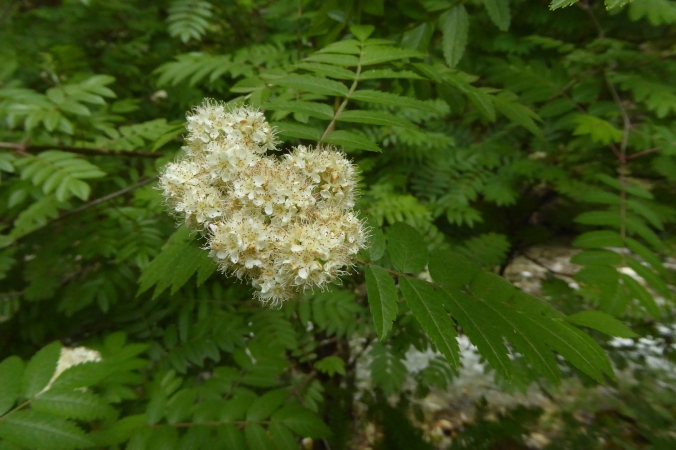 The first time I discovered the scent of mountain-ash, I thought I had stepped on a dog turd.

Yarrow is surprisingly stinky, which would explain why flies that you’d find on scat also visit this plant’s flowers.

Why smell like animal scat? Not all insects seek the same odors. Many species of flies, as we know, are attracted to carrion or scat. Flowers that mimic these odors are often seeking pollination from flies. From the plant’s perspective, it doesn’t matter what insect provides the pollination as long as the work of pollination gets done.

There’s sweet, there’s stinky, and then there’s unscented. I couldn’t detect the any scent from wild ginger (Asarum caudatum) flowers, but the plant was very odorous and smelled, well, like ginger. Its flowers hide on the ground, but this plant may be self-pollinated more often than not.

Orange honeysuckle (Lonicera ciliosa), from my limited observations, is pollinated exclusively by hummingbirds. The bright red-orange flowers are striking and easy to see, but have no scent, at least none that I could discern. Hummingbirds have little to no sense of smell. If your flowers, like the wild ginger’s, are mostly self pollinated or your pollinators can’t smell you, then there’s no need to expend energy producing scent.

When we walk into or even near a floral shop, the air smells strongly of perfume, an odor most of us would describe as florid. In nature though, the perfume of flowers is extremely varied. They smell fruity, sugary, stinky, rotten, inodorous, and everything in between. Flowers, in my opinion, are nature’s most conspicuous display of sex and scent is a technique plants use to get what they need—pollination—to reproduce.