October has been a wet month here in Stehekin. So far, seven inches of rain have been recorded. Today brought a break in the weather though. When I saw clear skies this morning, I ate a quick breakfast and hopped on my bike for a ride up the Stehekin Valley Road through Lake Chelan National Recreation Area. I wanted to casually revisit different habitats along the way while enjoying bold fall colors. 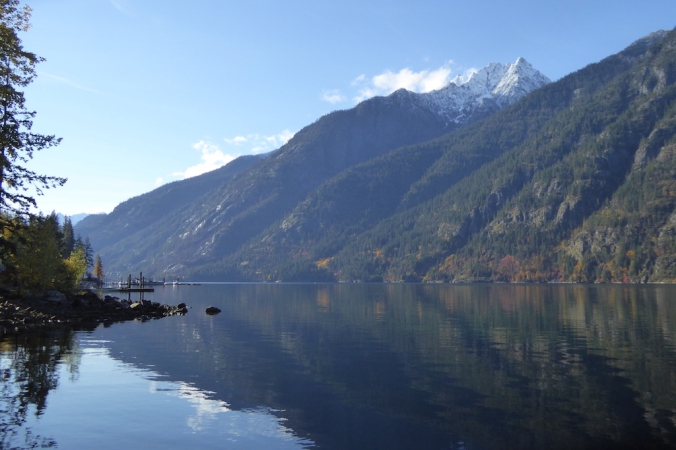 For the first mile the road hugs Lake Chelan’s rocky shoreline. The shallow areas near the head of the lake are popular with waterfowl right now. With the birds and the view of the mountains, I could’ve spent the whole morning near the dock at the Purple Point Campground. But, I probably would’ve chosen a different spot to linger, since I don’t necessarily enjoy the smell of rotting kokanee (land-locked sockeye salmon). 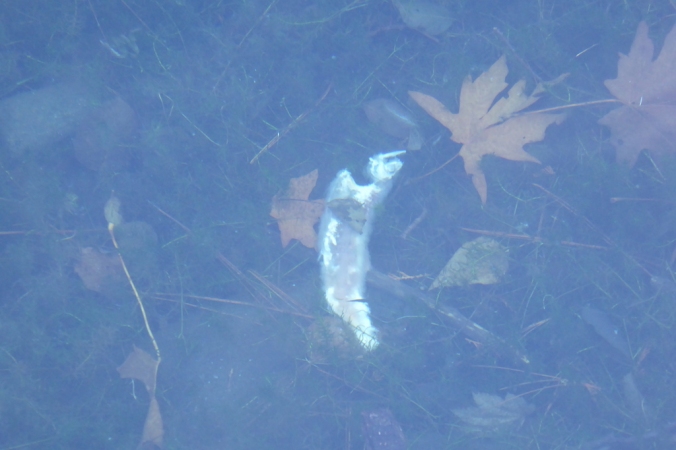 Many dead and dying kokanee salmon are flushed from Stehekin River into Lake Chelan. This one, and many others, accumulated at the dock for Purple Point Campground.

The road quickly leaves the lake and roughly parallels Stehekin River for the next 12 miles.

Stehekin River rises and falls considerably from peak runoff in late spring to its low point in late summer. It’s come up at least a foot since rain returned to the area, but is still several feet below its seasonal high.

The river is fed by several tributaries. Rainbow Creek is probably the most well known. From a hanging valley, it pours over 300 foot high Rainbow Falls onto an alluvial fan.

Many small tributaries of Stehekin River form alluvial fans where they encounter the valley bottom. Rainbow Falls is tucked back behind the trees at upper center.

Alluvial fans on the side of the valley are typically dry, fire prone habitats. Around Rainbow Falls, fire is managed through controlled burns, which keeps the understory clear and trees well spaced. Usually, only plants with very high tolerances for hot, dry soils live here. The soils on the alluvial fans aren’t particularly rich either, which is one reason my garden, located on the toe of one these fans, sucked this year. 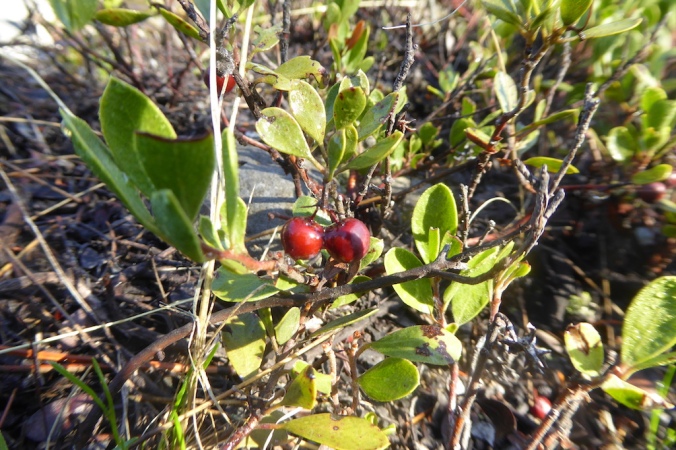 Several species of manzanita (Arctostaphylos sp.), also called kinnikinnik or bearberry, inhabit the area, especially in dry sites. Black bears feed on the berries, but I find them mealy and almost flavorless.

Shortly after Rainbow Falls, the pavement ends next to a talus slope….

…and the road weaves its way on top of more alluvial fans and down to the floodplain.

Areas that are prone to flooding or have wet soils have a far higher proportion of deciduous trees, like black cottonwood and red alder, than the adjacent uplands. 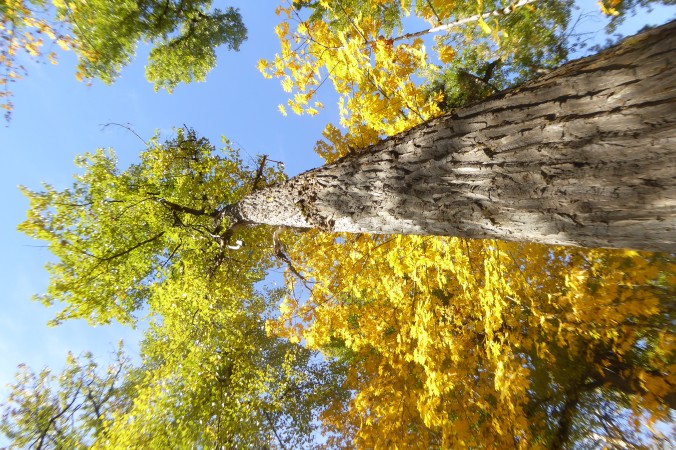 Along the whole route, I stopped frequently just to enjoy the scenery. 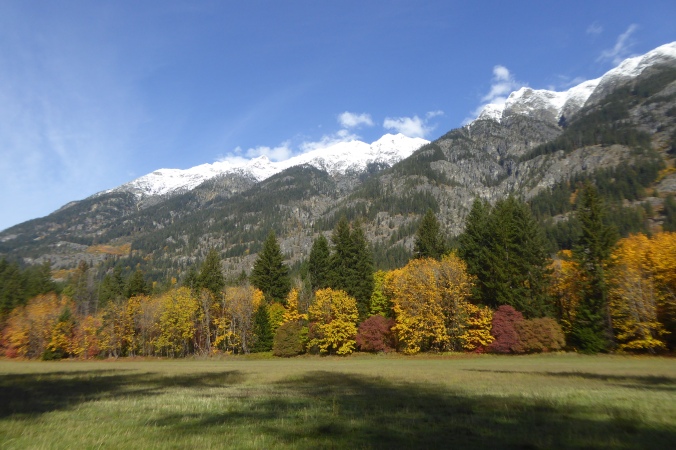 At the boundary between Lake Chelan National Recreation Area and North Cascade National Park, the river flows through a narrow valley where wet and dry microhabitats can exist within feet of one another. Plant life here is fairly diverse. Most of North Cascades tree species are found growing in the upper Stehekin watershed, and it’s a good place for animals too. Often I find fresh bear scat and tracks on the roads and trails.

Tracks from a black bear that had walked on the road not long before I passed through.

Near the end of the road, I was forced to cross the river on this rickety down tree.

Just kidding. I crossed on a sturdy bridge.

But, within a few more minutes was met with an ominous sign.

Habitats along Stehekin River are subject to change, especially when the river floods. Just beyond the sign, the road is washed away.

Road’s End: A 500 year flood washed away large sections of the Stehekin Road in 2003.

Here, I turned back to enjoy the mostly downhill ride home. Of course, fall colors and scenery kept distracting me, so I didn’t ride too fast, just enough to remain comfortably warm.