What happens when two mother bears, both with spring cubs, meet?

Defensiveness is a trait of all mother bears. In the video, 128 Grazer is the blonde bear with three spring cubs, and her defensiveness is immediately evident. She jaw pops and salivates as 409 approaches. 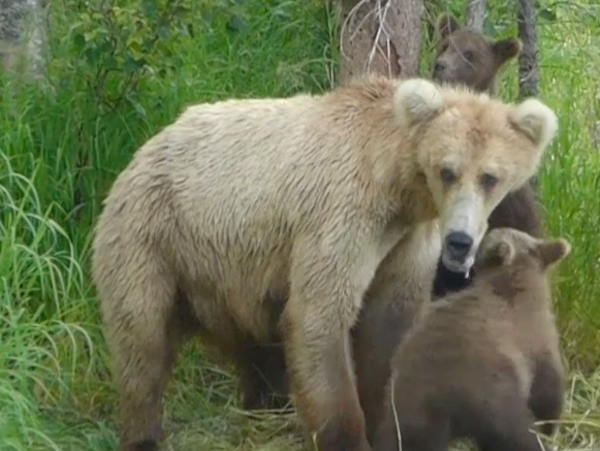 128 Grazer stands next to her cubs. Her excessive salivation is a sign of stress.

Meanwhile, 409 shows no signs of aggression. She probably just wants to get to the river and fish. Her two cubs are behind her. 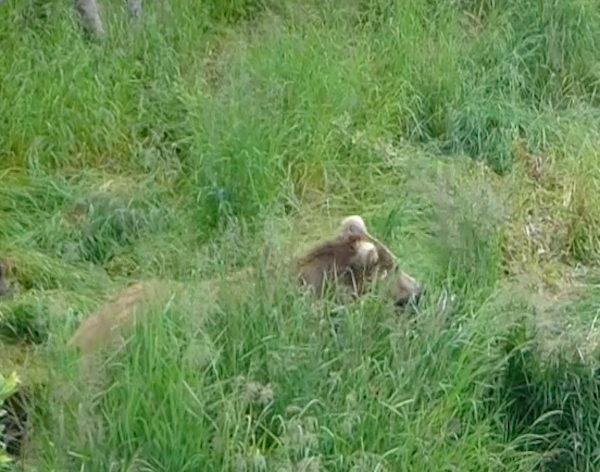 409 Beadnose stands the in grass right before Grazer charges.

128 charges 409. If you listen carefully, you can hear one or both bears utter a low bellow.

Beadnose (left) and Grazer (right) face off as Grazer stops her charge just short of contact.

409 stands her ground (unlike an adult male who encountered a charging 128) likely because she’s protecting her cubs too. 409’s cubs climb separate birch trees. Now both sets of cubs are up trees. The mother bears can’t go far in this situation. 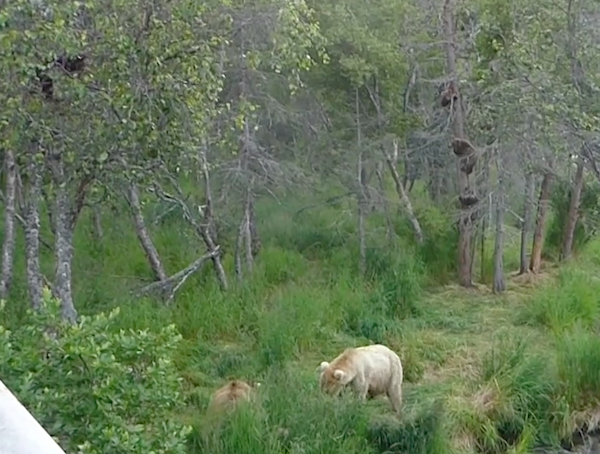 Beadnose and Grazer face one another while their cubs remain in nearby trees.

The situation de-escalates quickly, which is not uncommon in encounters between bears. 128 then moves back to the tree holding her cubs. Beadnose slowly approaches the river then turns toward her cubs, almost like nothing happened. Both mothers keep watchful eyes on the other. 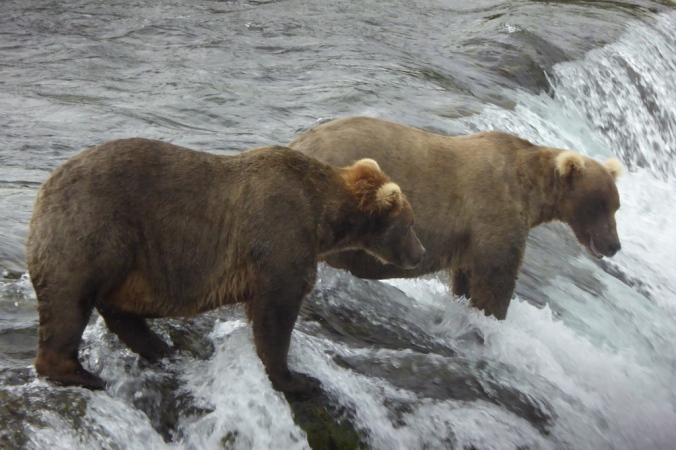 Last year, these bears were extremely tolerant of each other. Cubs change the dynamic though. As a new mother, 128 behaved particularly defensive around bears and people in late June and early July. Beadnose’s relatively calm disposition may reflect her greater experience raising cubs (this is her fourth litter) and her high tolerance for certain bears like Grazer. Perhaps Grazer’s aggression is a product of her inexperience. This is her first known litter.

The bears’ experience and disposition factored into the interaction. Each encounter between bears (and bears and people, for that matter) is unique. Defensiveness is one possible reaction when mother bears collide.

2 thoughts on “When Mother Bears Collide”